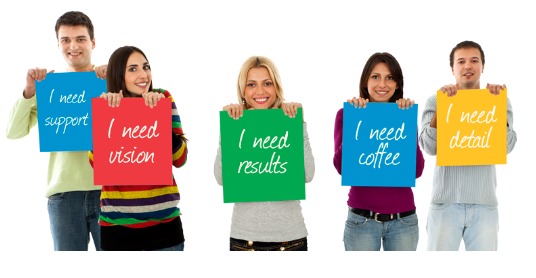 This week I attended a presentation on dignity in the workplace hosted by MFG solicitors.  We discussed the legal position of bullying and harassment and the impact individuals who are victims.  The main focus in law is about the behaviour or actions being deliberate.  This got me thinking about how often the behaviours of others are undeliberate, yet have long lasting negative implications.

Deliberate acts to bully or haress others is illegal, and many companies have policies and procedures to protect and educate their staff.   Is this training enough?  Should companies invest in behavioural and self awareness training too.

Melissa was a goal orientated, focused manager who new what needed to be done to achieve.  She was not only knowledgeable about the company and role, her drive and determination meant she always succeeded.  Her promotion to Manager was no surprise to anyone.

Though within 6 months it became clear that something was fundamentally wrong.  Melissa was not achieving the team goals as expected and she appeared more stressed.  The HR department has received a number of complaints from her team, stating that she was dominating, intimidating and forceful.  In fact Melissa frequently raised her voice, pointed and called out team members who weren’t performing.

Many of the team were real team players.  They liked to support each other and ensure that everyone was happy before taking action.  They were much more humble and liked collaboration and harmony.  Melissas behaviour was causing them stress too.

Melissa was asked to attend a meeting with her Manager to discuss the issue.  When asked how things were going, Melissa was direct and to the point.  “The team are dragging their heels and seem to be blocking everything.  There seems to be no hunger or drive in them.  I have told them what needs to be done and they don’t seem to get it.  I don’t know what to do.”

It was clear that Melissa had no understanding that others maybe negatively impacted by her own behaviour.  In fact, she had no idea that her behaviour was being perceived as intimidating.

It was clear that everyone’s intentions were good, and they all wanted to succeed.  However, because of lack of understanding of others behaviours and working styles, judgement and negativity had set in.

Using a behavioural profiling and coaching can help each individual and team to appreciate the working styles and preferences of others.  Rather than seeing each other as difficult to work with, obstructive, challenging or intimidating, team members appreciate the strengths of each other and can flex their own style to help the team progress and perform.

Understanding others and why they behave as they do moves us from judgement and assumptions, through to understanding and appreciating and ultimately valuing each others strengths and weaknesses.  The diversity in each team can become is ultimate advantage.

Melissa appreciated her Directive style and how she liked to focus on results and action.  She also recognised that she could come across as blunt, single focused and lacking empathy.  Her team were largely Supportive styles.  This meant that they appreciated team collaboration, shared results and needed reassurance when change was happening.  They understood that to Melissa they could come across as resistant, slow and a little more “feeling” focused, warmer.

A simple workshop saved time, energy and resource as now the team could focus on strengths as opposed to managing negative conflict.

A one day workshop can significantly change the way your  team and managers interact and perform.  Enquire now to see how your business can benefit.