I have been reading so many articles and blogs about leadership that I should be thinking that the world is run by value based, highly empowering, highly authentic leaders.  If it were then my work would be done.

Yes, there is such truth that to lead authentically, without ego, and in service of others is the most effective and inspiring form of leadership, but let’s be realistic, we are still a long way off that in most cases. Why?

They have learned their leadership skills by those that came before them. Ego, autocratic, and hierarchy still rule in most organisations.  So many leaders still run the meetings, communicate by emails, talk more than listen and control. This is all they know and what is culturally expected within the organisations. 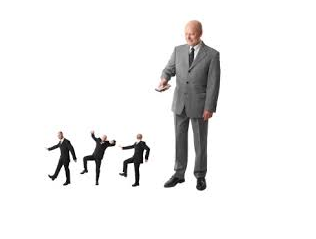 They are managers that have some leadership traits, rather than leaders that lead through followship.

We know that fear, control, competition and ego doesn’t increase performance effectively, but it is the only way to get ahead in some companies.

There is a shift in understanding that value based, authentic leadership is the most effective form of leadership in the 21st century.  I believe this, but let’s be gentle on business leaders that lead through management structures and fear based cultures.  Let’s support them in their internal cultural change.

Just to be clear on what a fear based culture looks like, it is when you are blamed, compared, or have performance measured by KPI’s or output alone.  It is where control, processes and hierarchy are the norm.  Where failure has negative consequences, where power lies above.

It starts at the top.  The board need to live and breathe the culture.  Their meetings should reflect openness, trust, creativity and empowerment.  Communications should be personable, honest and with integrity, with the aim of connecting.  The leadership teams shouldn’t hide in their office suites, but walk the floor, talk to the troops, demonstrate that we are all in it together.

But that won’t happen overnight.  This will take time, but it needs to start with belief and desire.

So although we all know how it feels to work in an organisation with autocratic, fear based leadership, maybe we should go a little easier on those leaders.  It takes time to change.

If you get time today, watch this 12 mins TED talk.  It may help with the belief and desire.