How to destroy your Kingdom – a fable 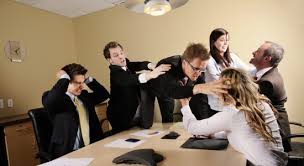 Once upon a time there was a large kingdom that was big and powerful.  So powerful and big that it became slow, resistant to change and extremely inefficient in delivering what it was designed to do to for its people.  So after years of unsettlement and debate, it was agreed to split the kingdom into smaller kingdoms.  Each Kingdom would now be in control of its own needs, budgets, plans and strategy.  Each Kingdom had the same offerings to its people, food, water, shelter and safety, but it could promote and market itself to attract dwellers from other kingdoms, and offer choice to everyone.

Although the resources and commodities were the same, how each Kingdom decided to set themselves up was entirely up to them.  They chose their own Brand, values, beliefs and attitudes.  Their policies and structure were slightly different, and the way they treated their existing and potential dwellers was varied.  In no time at all, each Kingdom settled into their own new worlds and carried along with their daily business.

Most dwellers stayed faithful to the region where they felt they belonged, and where they felt comfortable and connected to friends and family.  Some dwellers shopped and changed and were happy to move whenever a better deal came up.  Then one day, the Middle Kingdom decided they needed some help.  They wanted to gain some security from the other Kingdoms and looked to other big kingdoms, on other continents for support.  Middle Kingdom agreed to be taken over by a larger Kingdom from outside.  Although they were able to run their Kingdom with relative freedom, there were certain promises to their “owners” that they had to keep.  The owners wanted to ensure that they got their cut of the prosperity of the Kingdom, and that certain functions were ruled from afar, in return for security and finance.

Middle Kingdom was a vibrant, lush, green and inviting land.  The borders were surrounded by large mountains to the north, thick wild forest to the south, a huge river to the west and bogs to the east.  The only safe passage in and out of the kingdom was via an old rotten bridge over the river.

Middle Kingdom had a core mission and strategy.  To be the Kingdom of choice and everyone within the Kingdom knew what the mission was.  It had structured itself to have a sales department to secure more dwellers, a marketing department to promote its brilliance, a finance department to keep its promises to its owners and to ensure that the other departments were spending their budgets wisely.  The Infrastructure department ensured that everything ran smoothly, with good roads, waterways, housing and buildings.  The Human Department looked after its dwellers needs, making sure that everyone knew what they needed to do, what the culture, values and beliefs were, and that everyone was playing their part.  They also made sure that everyone had the right training, education and tools to be good dwellers.  There was a risk department, who helped make sure everyone was safe, and finally a policy department, that looked after the constitution and the laws.

Then a catastrophe happened.  The bridge needed huge repairs.  The infrastructure and sales departments had raised this numerous times, but the finance and risk departments convinced them that we could go another year, and another year without investing.  It was still passable, but was unstable and unsustainable.  A crisis meeting happened and that it where the crisis really happened.

The sales leader had aligned themselves with the infrastructure leader.  They backed each other on every move.  They needed budget to secure the bridge to attract more people in.  The infrastructure department supported the sales teams by explaining that the bridge was the first thing new dwellers saw when entering the Kingdom, and should be bright, shiny, new, innovative and a real statement piece.

The Human Department were concerned.  If we made it too brilliant, then it would attract too many dwellers and they simply didn’t have the resources to train and educate new folk, they were struggling with the existing ones.  They believed in something functional.  They also suggested putting an exit tunnel in place for those that wanted to leave.

Now the finance department had buddied up with the risk department.  They had promises to keep to the owners, so they needed to cut costs, not spend more.  They were going to block every suggestion, and secretely planning to keep the bridge going with repairs, for just another year, just to hit this years financial promises.

The policy department were neutral, so basically agreed with everyone.  Marketing just wanted clarity so they could start marketing whatever was decided and were fed up with the indecision.  In fact they were all supportive in the meeting, playing lip service, but behind closed doors, they said what they really thought of the other departments, and it wasn’t always helpful.

They fought, complained, formed alliances and strategies.  All of the time the bridge was getting weaker and weaker.  Dwellers knew this was the case, and no matter how brilliant the proposition was to live in Middle Kingdom, outside dwellers just didn’t trust them anymore.  If they can’t fix the bridge, what else can’t they fix?  So much time and energy was wasted within department proving why their department was right, that they stopped focusing on the day-to-day business, their own mission and strategy and the overall mission to be “The Kingdom of Choice”.

As each department began to fail it’s dwellers, more and more dwellers decided to leave.  The press had a field day, and nothing marketing could do would stop the perception that Middle Kingdom was the worst place to live.   Finance and risk saw the promises to the owners fail, and tightened the belts even more.  Middle Kingdom was in a downward spiral.

The owners did not want this “blot” on their landscape anymore.  It was impacting their resources, reputation and was becoming all too much work, so they opted out.  They withdrew all support.

Middle Kingdom was on its knees, a wasted overgrown, dysfunctional land.  It was over.