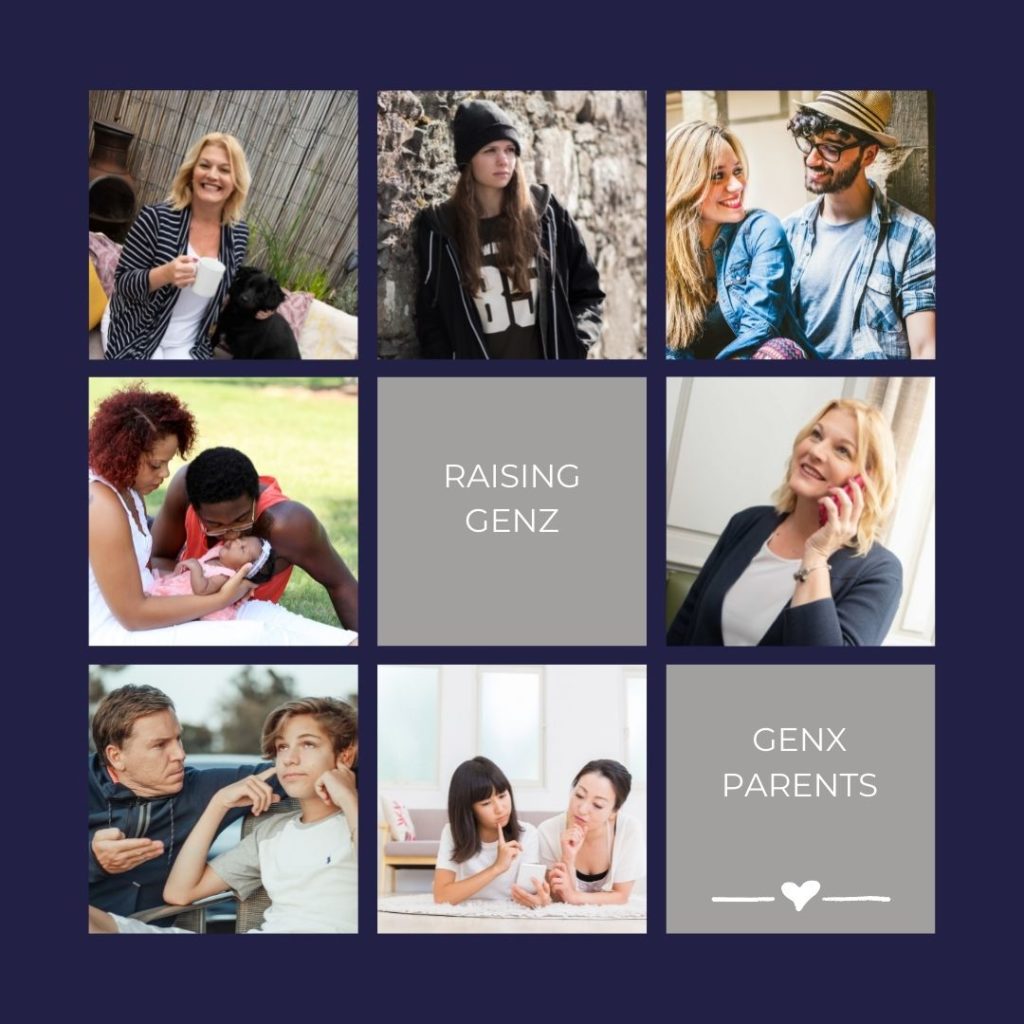 I love GenZ. As a GenX parent of GenZ kids I am so excited by the future that they will create. They are louder, more outspoken, more politically and globally aware than we ever were and focus on individual freedom and expression. These young people really excite me.

You see, us GenX parents were pretty cool back in the day. Growing up in the 80's and claiming the 90's as our decade, our childhood is legendary. We were woke, but we didn't have the platforms to speak up and share our message. Besides, population wise, there weren't that many of us and our parents (when they were around) didn't really want to hear what we have to say.

So we have imparted all of our knowledge and experience onto our kids, and they took it an ran.

Now you might mock them for constantly being on their phone, calling everyone a boomer and talking constantly in text speak. All of this is true. They love their memes, get their information from TikTok, and want to cancel anyone that has ever said the wrong thing. You might think they are a clueless, entitled and a little preachy, but let's face it, every generation gets criticised for the same things.

And then you remember the era in which they were raised. In their lifetime they have seen 911, wars, global banking crisis, parents losing their jobs, weird and strange politicians getting into power, Brexit, Trumps desire to build a wall, Climate emergency, #MeToo, powerful people being brought down by trafficking, #BLM,  Covid, mass shootings, the Taliban taking power again, Russia invading Ukraine, overturning Roe V Wade, and so much more chaos. They know so much about what is happening around the world and they know it's not some 80's disaster movie or 90's dark comedy. This is real life and the only life they've known.

So forgive them for not respecting their elders and instead rolling their eyes and saying "seriously?". They don't do formality and won't hold back. If it isn't the look on their face that gives it away, their social media or voice messages to their "friends" will reveal all. The biggest message of dissatisfaction- if they end a text message with a full stop. Then you know they are angry.

What they really want is stability. Ask them what they want to do in their lives and they have no idea. They want to plan for the future - but every time they do, some global event comes and derails it.  They go to school to get educated, but don't get the stupid rules or why they are learning things that make no sense to the world they will be adulting in.

Zoomers, iGen, the woke generation, whatever you call them, they are the generation who learned to swipe before they could walk. They were born between 1996 and 2010 and are now in your workplace and making their presence known.

A few stats for you:

So now you have them in your workplace, you better pay attention. Don't lead them the way you were led when you first started out. They probably know a lot more about certain subjects than you do. Don't treat them like kids and show them some respect. What they do lack is life experience. They need mentoring, guiding, empowering and time to discover.

Something I have noticed, as a generation they aren't that skilled in taking personal responsibility. That is something that is going to cause some conflict in the workplace. If you are a parent of GenZ you will be well aware that nothing is ever there fault. It is always yours, the governments, the world or universes fault. Getting clear on goals, clear accountability and consequences (good and bad) is going to be your go to strategy. And don't tell them they've failed, that will trigger them. Tell them that something isn't working and you'd like to help them find a way to resolve the issue. No blame - positive focus.

Another thing to consider is their great story telling ability. Or their lack of skill in just getting to the point. It can be infuriating. Your like, "OK, how is that report coming along" and 15 minutes later they are explaining every piece of information that is neither relevant or correct, but you have to sit their and pretend you are actively listening. OMG GenX, your work smart mind is exploding. I think it is a tactic to take you on a merry dance so you think they have answered your question, but actually you give up in the end none the wider. Clever isn't it? So learning the phrase "bottom line it" is going to come in very handy. And don't forget to summarise, "so what you said was xxx". Help them learn to get to the point and hold them accountable.

And the final lesson I have learned is flexibility. They don't do schedules, formality, planning, or life for that matter, in any fixed kind of way. Their whole lives have been ambiguous and fast changing. Their mindset is flexible. You are going to need to manage your expectations, or sharpen your communication skills around what needs to be done, when, and by whom. Unless you are clear, and you get them to repeat it back to you, don't be surprised if your Tuesday deadline becomes some time this week in their minds. They thrive with ambiguity.

But still, I am excited. This ambiguous, flexible, globally aware, angry, woke generation that believe in freedom of expression are going to change the world. The issues that beat us down are the issues that will fuel them. They won't be tamed because their is so many of them, raised to respect themselves first and to take a stand. Who knows what the future looks like, but after the crazy past few years, nothing will surprise me. We need natives of fast paced change to help us navigate this complex world we live in. We need GenZ, and the Gen Alpha Babies.

So my biggest lesson when leading young people is remember they are the same as you but also very different. Look at your own kids for clues about how to lead them.

If in doubt, head over to TiKTok, I am sure you'll find all the leadership expertise you need over there. If that fails, get in touch.

Please log in again. The login page will open in a new tab. After logging in you can close it and return to this page.